A Message from the Executive Director

Clover Park Technical College (CPTC) is moving to cultivate an inclusive culture and campus climate by valuing diversity, sustaining an environment of belonging, promoting equitable opportunities for all, and preparing our students for the increasingly diverse workforce that awaits them. As an institution, we want to be valuable to diverse communities; provide students, faculty and staff the appropriate support, training, and resources essential to move in excellence; and strategically advocate for increases in certificate- and degree-completion.

We recognize that a commitment to EDI cannot rest on its ideals alone; the commitment requires continuous reflection, ongoing assessment of campus climate, and a genuine sense of urgency towards addressing the needs and gaps faced by the most vulnerable members of our community. To integrate EDI throughout our college, we must be open to transformative change. By implementing accountability, updating policies and procedures through an equitable lens, providing incentives, and enhancing infrastructure and resources, we can put the slow-moving gears into motion.

We have challenging tasks ahead of us, and it will be a heavy lift. I am confident that CPTC is ready. It is an honor to serve as Clover Park Technical College’s first Chief Diversity Officer, a compassionate change agent courageously leading our College’s EDI efforts. I appreciate President Loveday for her vision and ongoing support in moving EDI initiatives and interventions forward. We are in this together, lean in.

Clover Park Technical College’s (CPTC) Office for Equity, Diversity & Inclusion (O-EDI) and Diversity Committee are pleased to share the history of Juneteenth and how we can empower our college community to be advocates for change.

June 19th, 2021 is the 156th anniversary of Juneteenth. Juneteenth continues to be underscored by the national coverage and current events around issues of racial violence, injustices and systemic inequity. Clover Park Technical College, its Office for EDI, and Diversity Committee stand firmly against all acts of violence, racism, and bigotry. It is our campus’ responsibility to model respect, equity, and inclusion, and to speak out against inequities and injustices in our community and society. We hope that the knowledge provided below will encourage everyone to collectively lean-in to dismantle institutional racism and combat historical and present injustices rampantly impacting our Black community. 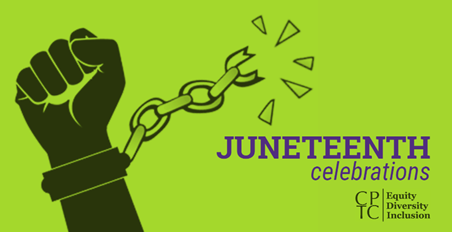 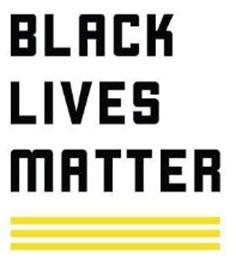 “Juneteenth is an American holiday that commemorates the June 19, 1865 announcement of the abolition of slavery in the U.S. state of Texas, and more generally the emancipation of enslaved African-Americans throughout the former confederacy of the Southern United States. Its name is a portmanteau of “June” and “nineteenth”, the date of its celebration. Juneteenth is recognized as a holiday in forty-five states, including the state of Washington.” (1)

“President Abraham Lincoln issued the Emancipation Proclamation on January 1, 1863; it was intended, many were told, to free all slaves. Lincoln’s 1863 Emancipation Proclamation declared "that all persons held as slaves within the rebellious states are, and henceforward shall be free." This meant that the proclamation only applied to states that had seceded from the United States, leaving slavery intact in border states and Southern states under Northern control. But even after that, the Union had to enforce emancipation. In Texas, approximately 250,000 people were still being held in slavery when, on June 19, 1865, Union troops, led by Major General Gordon Granger, arrived in Galveston to announce that the war had ended and that all slaves were now free. Granger delivered General Order No. 3, which said: “The people of Texas are informed that, in accordance with a proclamation from the Executive of the United States, all slaves are free. This involves an absolute equality of personal rights and rights of property between former masters and slaves, and the connection heretofore existing between them becomes that between employer and hired labor.” Although slavery wouldn’t legally end in all states until the December 1865 ratification of the 13th Amendment, June 19 was the day when the last American slaves were freed, resulting in massive celebrations.” (2)

How is Juneteenth Celebrated?

“When freed slaves tried to celebrate the first anniversary of the announcement a year later, they were faced with a problem: segregation laws were expanding rapidly, and they were not permitted to use public places or parks. So, in the 1870s, former slaves pooled together $800 and purchased 10 acres of land, which they deemed "Emancipation Park." (3) “Year after year since, small pockets of the United States have erupted in celebration of the day when everybody in the U.S. was declared free, while the day has gone largely unnoticed in the majority of the country. In 1980, Texas became the first state to make Juneteenth a state holiday, and, as of today, 45 states and Washington, D.C., recognize the day as a state holiday. Despite the lack of federal recognition, the holiday has lived on through rich traditions, including lively celebrations in the form of festivals and parades with local bands playing, storytelling, picnics, and barbecues. Traditionally, red drinks and red foods are a must at these barbecues, with red symbolizing resilience.” (2)

How can I show support for the black/African-American community?

What is Pride Month? LGBTQ+ Pride Month is celebrated each year in the month of June to honor the 1969 Stonewall riots in Manhattan. The Stonewall riots, in response to police violence during raids and harassment of the LGBTQ community, was a tipping point for the Gay Liberation Movement in the United States. In the United States the last Sunday in June was initially celebrated as “Gay Pride Day,” but the actual days for celebration were flexible. In major cities across the nation the “day” soon grew to encompass a month-long series of events. Today, celebrations include pride parades, picnics, parties, workshops, symposia and concerts. LGBTQ+ Pride Month events attract millions of participants around the world and is celebrated on all seven continents including recently Antarctica. The purpose of the commemorative month is to recognize the impact that lesbian, gay, bisexual and transgender individuals have had on history locally, nationally, and internationally.”(1)

We stand with you, and we are committed to action.

We are in the midst of challenging and traumatic times. Acts of violence, racism, and inequity are affecting Black members of our community, both nationally and locally. The senseless killings of unarmed Black men and women including Ahmaud Arbery, George Floyd, Manuel Ellis and Breonna Taylor, continue to weigh heavily on the minds and hearts of many, including my own.

I understand that navigating, working, caring for others, and trying to simply carry on from day to day is extremely difficult. Unconscious biases run deep. We are individually accountable for standing against racism, yet we must work together to dismantle institutional racism and combat historical and present injustices impacting marginalized communities.

We are working to embed equity further into our institutional climate, policies, and practices. I commit to providing a platform to listen and be informed by employees and students of color, who are most impacted by systemic racism, to create more equitable systems and structures. EDI training is essential and will be mandated for all CPTC employees as a collective educational foundation. Divisional participation in the advancement of EDI programming, interventions, and efforts will be supported and required. Administration and college leadership is in full support of the EDI strategic priorities identified by the Office for Equity, Diversity, and Inclusion.

Clover Park Technical College and the members of our College community stand firmly against all acts of violence, racism, and bigotry. It is our responsibility to model respect, equity, and inclusion, and to speak out against inequities and injustices in our community and society. As a College, we will do better. We have started this important work and we will continue until transformative change is accomplished and beyond. I want the Black members of our community to know, we see you, we hear you, we stand with you, and we are committed to action.

Request services, information or support from the EDI Office

Our Team
Email the Diversity Committee